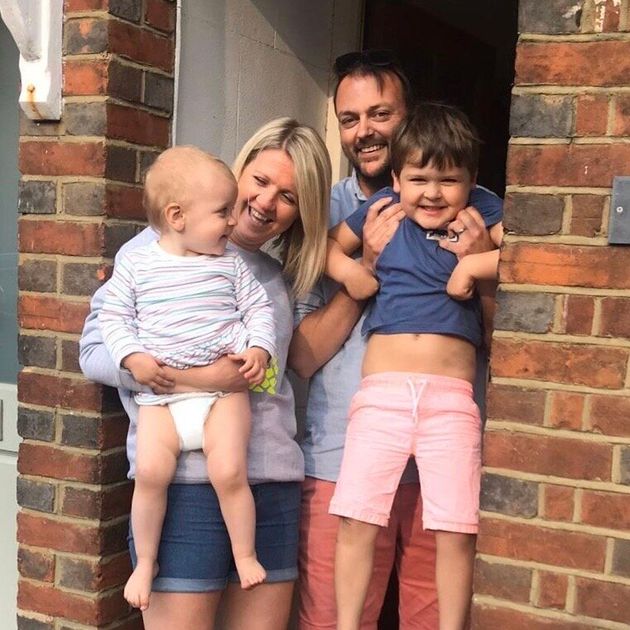 The rumour was four months. Four months of barely leaving the house, four months of solid parenting, four months of not having any social interaction with anyone outside of our household. Bringing my son home on the last day of school before lockdown, the idea felt inconceivable. I would, surely, break after the first week.

As it turns out, I broke on the first day. I spent the morning irritable, surrounded by mess and plagued by lockdown fear: would we catch the virus? Will the house ever be tidy again? How will I home school a five-year-old with my determined 18-month-old daughter around? After a morning of whinge (them) and worry (me), I finally had five minutes to sit down but, in doing so, I clumsily dropped my lunch on the floor. Red hot rage ensued.

As first days go, it was dire. Was this my life now? Having lost a few of my regular clients because of the pandemic, my job had gone from freelance journalist and mum to full-time mum, teacher, chef, sibling-negotiator and cleaner in the space of just a few days. And while being a mother has always been my priority over work, the freedom of doing something just for me had suddenly been whisked away. Everything that once gave me my inch of freedom needed to be put on pause.

But with worse things going on in the world, you count your lucky stars, embrace your loved ones (or at least the ones you’re allowed to) and suck it up. Every time I switched on the news, there was another story of heartbreak and we knew our situation was a holiday in comparison. We had our home, we had each other, we got lucky with click and collect slots and, let’s face it, we had the weather. Our day-to-day became a religious routine of ‘winging it’ in the morning, embarking on our daily walk in the afternoon then counting down to bath and bedtime, with the aid of a stiff drink for the grown-ups and our wonderful part-time nanny, the TV, who quite frankly deserves a pay rise. As time went on, we realised we could do this. We were doing it.

Our son was desperately missing social interaction with children his own age, and our daughter needed to learn the art of independence again.

When the time finally came to have the conversation about whether to send our children back to school and nursery, we were tentative but both leaned towards a ‘yes’. I had many sleepless nights - it was a huge weight on every parent’s shoulders - but we knew it was right for our children. It had become heartbreakingly apparent that our son was desperately missing social interaction with children his own age, and our daughter needed to learn the art of independence again.

With all the self-torture over whether we had made the right decision, it took me a long time to consider how I might feel once I was finally alone again. But after all the angst of those first few weeks of lockdown and wanting life as I knew back, I made a massive u-turn. I was now dreading being at home without them.

I know what you’re thinking – make your mind up – but the little routine we had carefully moulded for ourselves had unexpectedly become as important to me as it had been to the children. I had never felt so ‘needed’ in all my life – sometimes to the extent of breaking point, granted – but I was actually going to miss the chaos and the noise. Most of all, I would miss seeing the bond between my two children thrive any time I liked.

The day they went back was strange. I looked around the wreckage of our house – dens, homeschooling wall charts, spontaneous lockdown online purchases everywhere – and thought, tongue in cheek, “so who am I again?” After all the twists and turns of the last few months, it had been easy to forget.

I now needed to pick up the pieces of my pre-virus career, in the deafening quiet of the house. I found it hard to concentrate in such stillness. Where was the sound of toy cars hitting the skirting boards? While my family were out enjoying being back in the real world, I was left twiddling my thumbs.

I am beginning to understand that sending them back to school has been like coming up for air.

A few weeks down the line, I miss them and I don’t miss them. One minute I think nostalgically back to when we could all lie in and put a movie on without the pressure of the school run and the next, I am tearing my hair out, trying to force everyone out of the house so that I can get some peace and quiet.

Now that I’ve had time to digest the latest new normal (there have been a few), I realise that my fear of ‘empty nest syndrome’ was, in fact, less about the worry of missing my children and more about my lack of faith in myself – that I could again be someone other than who I was during lockdown. It felt like I was on autopilot for those ten, long weeks – an incessant conveyer belt of making sure everyone was fed, healthy, exercised and happy every hour of every day. It was hard and intense and exhausting and then when everyone had gone, the adrenalin suddenly stopped. At first it was alien. But I am beginning to understand that sending them back to school has been like coming up for air.

That initial feeling of emptiness fades with every minute that I get to spend by myself, doing whatever I want, without anyone needing a meal or asking for a snack. I love them being out of the house just as much as I love them coming home.

It’s the beautiful balance I forgot I’d been waiting for.

Have a compelling personal story you want to tell? Find out what we’re looking for here, and pitch us on ukpersonal@huffpost.com

Homeschoolers should lead the change to anti-racist US history
July 09, 2020