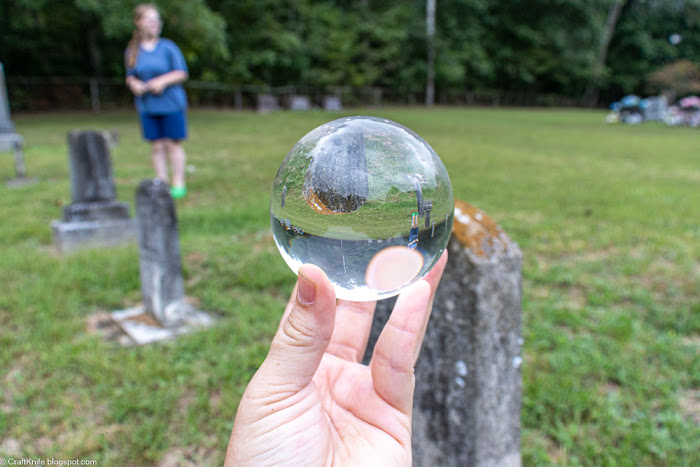 In Indiana, it wasn't great timing for the annual Girl Scouts Love State Parks weekend. The forecast called for just enough rain all weekend that one could neither plan confidently nor cancel confidently. Normally, my Girl Scout troop is fairly tolerant of miserable weather (we've happily completed entire badge meetings and cookie booths and camping trips more-or-less in the rain!), but all of the activities that they most wanted to do--full moon hike! Trail ride! Campfire dinner! Earning the Ambassador Photography badge!--called for fair weather.

Also, high school students are so busy! I fear that I'm past the days when I can gather my entire Girl Scout troop together at the same time in the same place. Someone's always got their part-time job or volleyball practice or play rehearsal or a college visit or, ahem, ballet class six times a week.

So it was with a much reduced number of Girl Scouts that I went to a local history program put on by one of our nearby state parks one Sunday morning. Not the whole day of fun some kids had hoped for, but we'd learn some local history, at least, spend some time together outdoors, and, most importantly, earn those fun patches! Honestly, I was going to be thrilled if the rain held off long enough for us to at least take a walk around the historic cemetery and take some photographs.

Happily, the rain held off long enough for us to attend the entire program and have a (quick) picnic afterwards AND take a (few quick) photos for the badge.

Allens Creek Cemetery has an unusual reason for being. The land we live on once belonged to the Miami nation. In 1809, William Henry Harrison unethically "purchased" most of Indiana from the indigenous nations who lived on it, then the Shawnee leader Tecumseh led a protest, then Harrison led an attack on Tecumseh's people that he later used as a campaign slogan, then he talked so long at his presidential inauguration that he became ill, then he died.

Meanwhile, post-Battle of Tippecanoe but pre-Inaugural speech, let's say around 1815 or so, settlers, mostly Scottish and Irish, came into the area to take over the Miami's former land and farm it.  Some of their descendents were still on that same land, still farming it when they weren't working at one of the local limestone quarries, when the state government used Eminent Domain to buy their properties away from them so Monroe Lake could be built.

Here's a quote from Herbert Lucas, one of the landowners whose property was taken through Eminent Domain:

"You know, you grown up and read about how they took the land away from the Indians and you don’t sympathize until it happens to you. Then you think about it.” (Salt Creek Valley)

Interestingly, he was also specifically upset that the government planned to take and move the cemetery where all his family, including the great-grandfather who was the original homesteader of his property, was buried.

Our event was to tour where they put Herbert Lucas' great-grandfather, as well as all the other residents of all the other cemeteries that were moved during this process.

It was, however, very interesting, and VERY strange!

A volunteer was there to demonstrate the proper way to clean an old headstone. Although you can clean more thoroughly with D/2, or even engage in restoration work, it turns out that you can get most old headstones quite clean with just a low-pressure water sprayer, a soft brush, and a non-metal scraper: 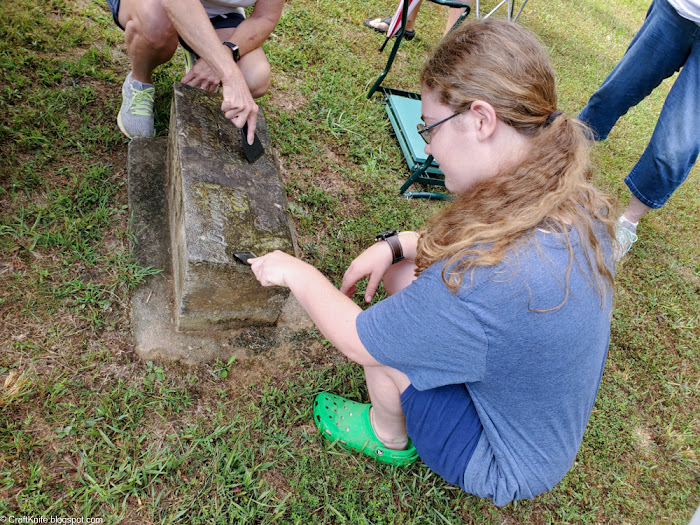 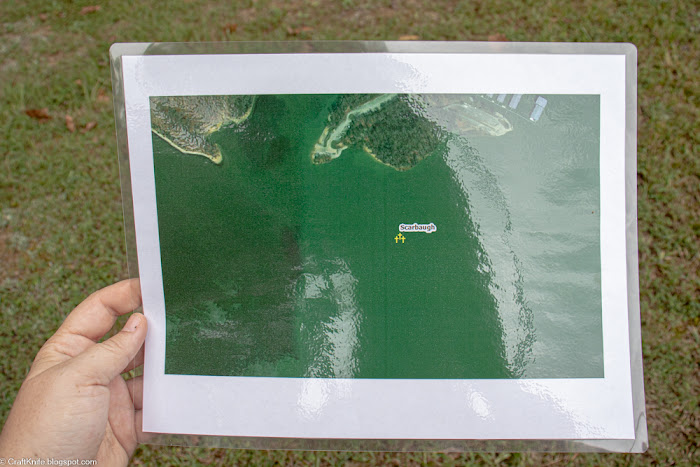 Others actually wouldn't have been, but might still have been subject to seasonal flooding: 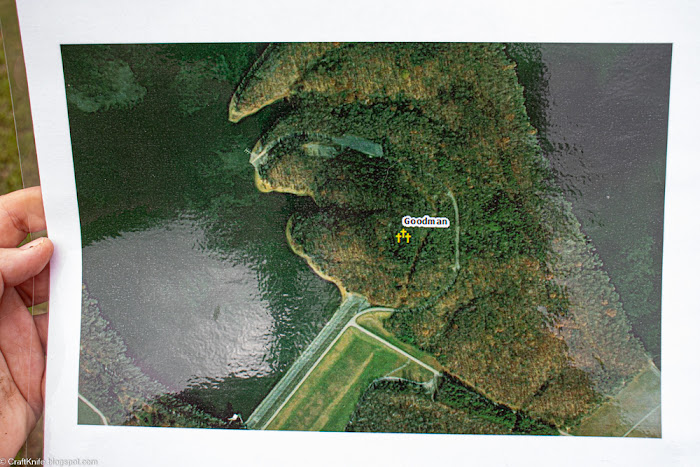 When the workers came to move the cemetery, they used the surveyors' work to locate the graves, and when they placed them in Allens Creek Cemetery, they preserved the original placement of graves in location to each other, but put them closer together.
If a headstone had any carving on it, it was moved, as well-- 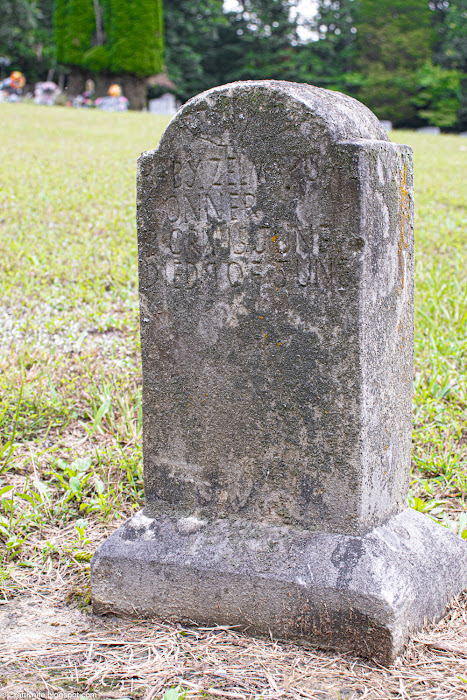 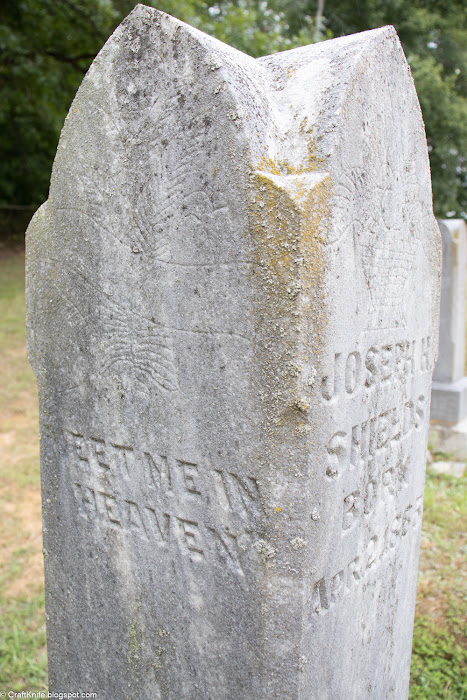 --but if it was a fieldstone or had no discernible carving, it was left and a standardized headstone was put in its place at Allens Creek Cemetery: 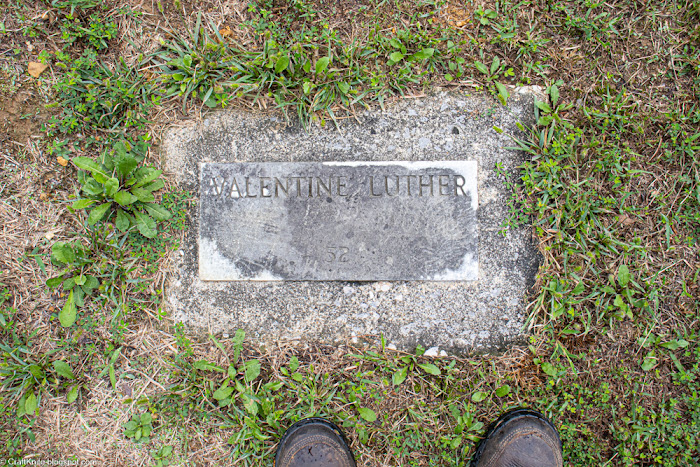 At this point, the kids had another furious whispered discussion, then I was marshalled to ask what it looked like when the Black migrant tobacco farmers who had been hired for this project exhumed graves: did they find caskets, or did they gather skeletons, or?
And so here's where the naturalist blew all our minds: in most cases, they found nothing.
The naturalist said (and Will and I Googled it on the way home because we didn't believe her, but she was correct!) that remains, even bones, decompose within 20 years. So what the workers actually did was excavate down until the soil composition changed, then collect the 12 inches of dirt above that line, put it into a box, and bury that box in its new location in Allens Creek Cemetery.
The kids and I were all, "WHAT?!? JUST... WAIT, WHAT?!?"
Government administration, Folks!
This pointless transferral of dirt was also mandatory. If there were any living relatives of the deceased, they could choose to have the remains re-buried in a different cemetery, at their own expense, but the relatives could not choose to simply leave the dirt that used to be their loved one in its spot to be covered by the lake.
In case we thought that this might have been completely fine with the Salt Creek Valley citizens of 1965, the naturalist told us the story of the "missing" cemetery. It had been surveyed, with a census and photographs of the grave locations, but when the workers went back to that spot... there was nothing there. Were they bribed? Did the family members remove and hide all the headstones? Was there an administrative mix-up with the original survey? Nobody knows, or if they do, they're not telling!
After the event, the troop had a picnic in the back of my car, then we tried to work on the Ambassador Photography badge for a few minutes before the rain really got going. One of the kids brought this awesome prism that she let me try out-- 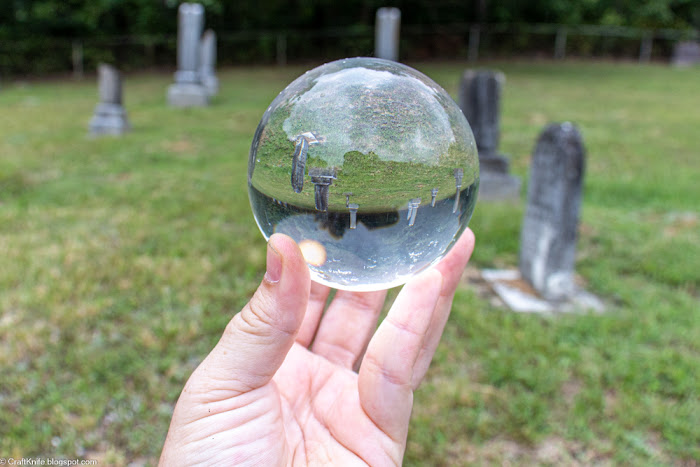 --but when I looked up from playing with it I discovered that all my Girl Scouts were actually in the street and I had to go supervise, because those edgy standing-in-the-middle-of-the-country-road photos only look cool if you don't get hit by a car right after you take them! Frankly, I hadn't expected a lot from this event. All I'd needed was for the kids to not be too bored while we did an activity that was just long enough for them to earn their Girl Scouts Love State Parks fun patch. So I was STOKED at how legitimately fascinating the tour was, and how fascinated the kids clearly were! It was an especially great event for teenagers, because it got them thinking and talking about big questions that don't always have a right answer. Here is just some of what we discussed:

And of course, most importantly:

A Maiden and a Rogue Walk into a Medieval Fair
September 28, 2022

A Jury Just Found the Insurrectionist Underwear Model Guilty On All Charges
September 27, 2022